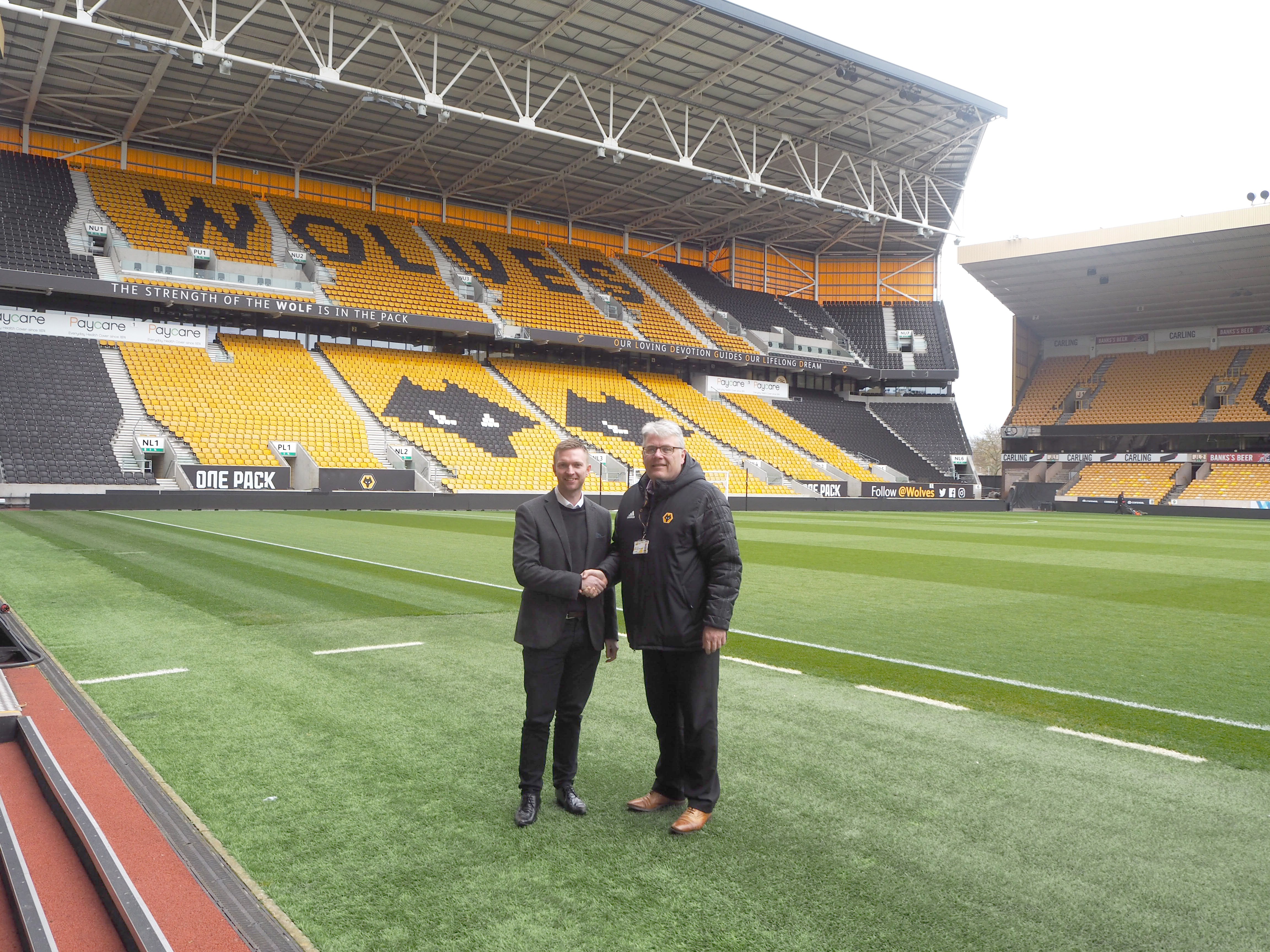 The latest project is another one for the loyal fans and supporters of Wolves, allowing them to get personally involved with their favourite team. The site allows fans to upload their photo and purchase a limited-edition programme for £7. In addition, this includes their photo being printed on a huge flag which will be displayed in the stadium, ready for when televised games can officially kick off again. Since the launch of the site, 5000 programmes have been sold so far.

With the concept needing to be implemented before televised games returned, there was a quick turnaround required, but due to our ongoing relationship and experience of working with the club brand we were able to meet the tight deadline. Responsible for both the design and build, we ensured that the design offered a clear and concise proposition, so that fans could easily understand and upload their photo followed by a secure payment.

Platform81's Technical Director Gary Mawhinney said; “It was great to be working closely with Wolves on this project. A really engaging idea for the fans to be involved in and the type of project that really allows us to show our expertise with large scale ecommerce deployments. We’re looking forward to seeing the mosaic flag over the Wolves stand!”

Following the Premier League announcement that remaining games would be going ahead but behind closed doors, we knew the website was going to be inundated with fans wanting to be involved which was why planning was essential during this project. We had to ensure that the website and hosting infrastructure could handle the potential of thousands of orders a day and still remain stable.

Head of Digital at Wolverhampton Wanderers Richard Pepper said; “Platform81 delivered us an e-commerce solution, allowing supporters to upload a photo of themselves to be included on our crowd mosaic at Molineux and purchase a collector’s edition programme.

The site dealt with a huge influx of concurrent users and transactions, allowing us to sell this product at scale in an extremely short time period to a large number of supporters. It also gave us all the reporting and detail we needed to fulfil these orders in an efficient manner.

Platform81 managed all this in a matter of days, delivering the site less than a week after we pitched them the idea… a fantastic team effort.”

Visit the site now by clicking here, and be sure to keep your eye out for the fan flag when it makes it debut!

You can also see more about our work with the football club here.

The Experimentation Handbook by Endless Gain: Lessons We Learnt from Conducting Thousands of Experiments

Leadership Relationships – Leading Your People Well in a Virtual World

Posted by Business Ahead

How much user data can you actually collect with Google Analytics?

How Can I Best Enable My Employees' High Performance?

The Portfolio Effect of EIS: The hidden advantage for angel investors

A day in the life – Covid edition

Posted by In Touch

Discover the impact your body language can have on the impression you make at interview.

Impact of Covid-19 on the Freelance PR Market

The Battle for Talent in PR

How we turned commuters into customers for HardSoft Computers

Posted by We Influence Ltd

Triple client win for We Influence

Posted by Mind The Gap