Emma Stace - looking back over 3 years 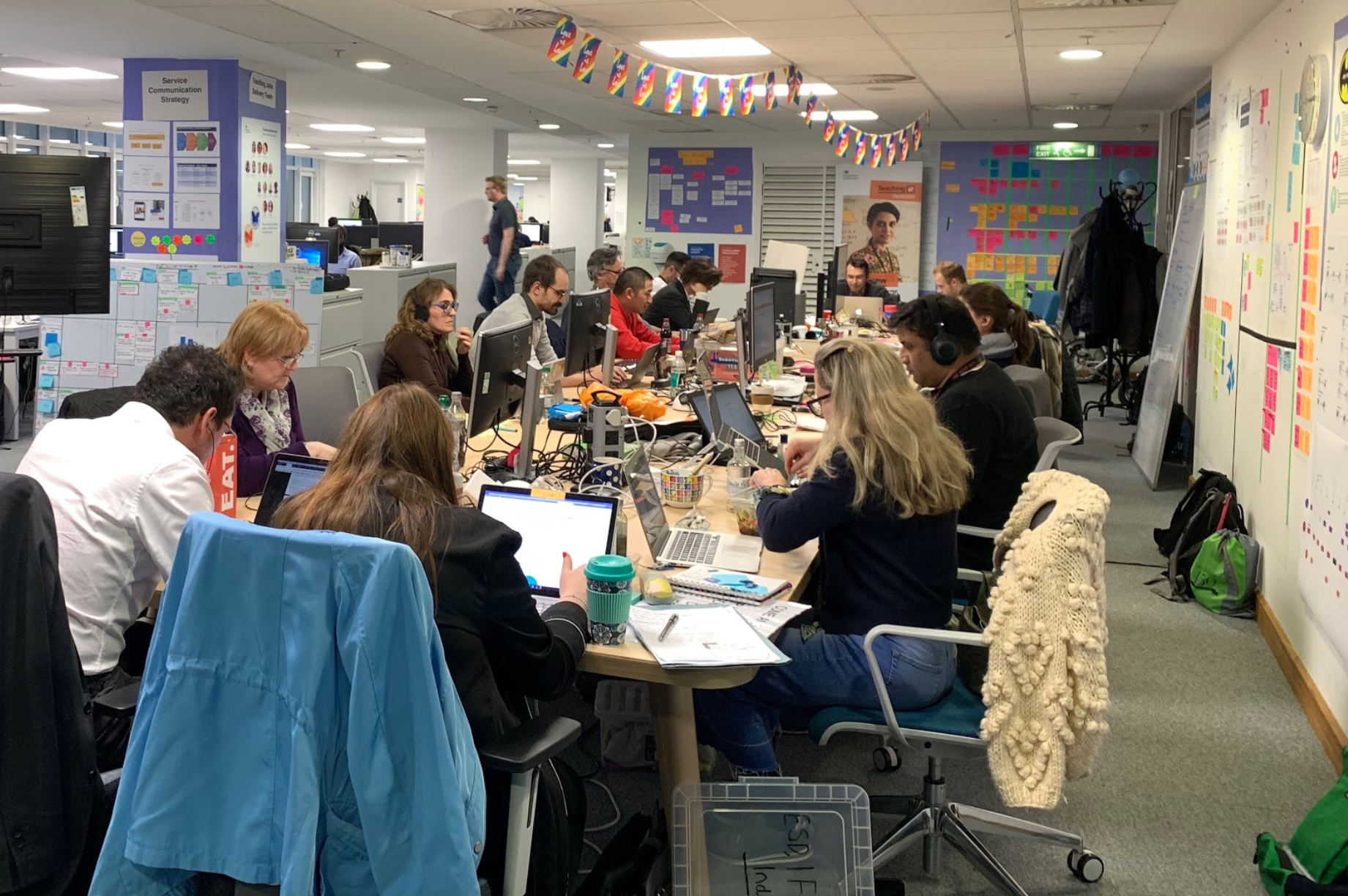 But temporarily stepping back from 'normality' to find some perspective is always valuable.

In this post I'll look back over the story of the last 3 years and reflect on where we've come from and where we're going as an organisation.

It all began in a basement

Three years ago, when I first joined DfE there were 4 brilliant people working in a London basement led by then Chief digital officer Mark O’Neill. This small fledgling team of digital people had arrived in the department as a result of some changes elsewhere in government. They were mostly supporting the design and the delivery of the Apprenticeships service.

DfE had a very strong policy emphasis, and had not begun to invest in a digital function. So this small band of digital folk looked rather displaced in a department comfortable in its own policy skin.

Our Permanent Secretary Jonathan Slater's vision for DfE was that it must move from being a department known for producing policy, to one of end-to-end, continuous policy and delivery.

Some government departments have well established operations and delivery functions at their core, but this wasn't the picture at DfE.

Rather than trying to create one from scratch, our approach was to create lots of small teams, and to try and bring policy and delivery teams together, as one.

As is the case in much of government, DfE policy was developed and agreed, before being passed to teams to make it happen on the ground. But that way of working didn’t have users at its core and it was not going to help us achieve our aim of 'excellent education for every child'.

To tackle this we instated service owners at senior (generally deputy director) level. They were each given what they needed to join up digital delivery with the people writing policy for their specific service.

This way of working contrasts with a centralised approach. A central team would typically ask the organisation what its problems are and then solve them from the centre.

Centralising digital delivery would have been easier in the short term. But we would have missed the longer term opportunity of making a significant cultural shift. We've now embedded digital ways of working. And 'policy' and 'delivery' teams work together as one, productively and mostly harmoniously.

Challenges along the way

Getting the pace right

One of the consistent challenges in any kind of transformation is getting the pace right.

Often when people in an organisation have a shared understanding that change is necessary, teams will seize the moment. They speed ahead, build a load of things and get burned out along the way. Or they alienate so many significant people along the way that ultimately the host organisation rejects their work.

This constant balancing act between wanting to go faster, harder, quicker while bringing the organisation along with you is draining. It requires painstaking leadership and organisation.

It also can be emotionally hard for people who may wonder: are they being too passive, or merely being sensitive to the needs of the organisation? Are they being too pushy, or simply bringing an appropriate sense of urgency?

It’s important to develop emotional resilience within a team and for the team to find its ideal pace of delivery - not too fast, not too slow. That's not easy.

We took a difficult path

Looking back, I think it's fair to say we choose quite a difficult path. Our way of building things around a service ownership model meant it was a shared ownership model from the beginning.

A lot of teams struggle with service ownership operating in this way. Building a matrix management way of working within a very hierarchical and siloed culture is difficult.

Our achievements are considerable

From those 4 people in a basement, we now have 120 people over three regional sites.

We have 2 projects in alpha, 17 in public beta and 5 which are live. (Ten discoveries have been paused since the the coronavirus outbreak began.)

Our user centred design lab has had an incredibly significant impact and led the way for DfE to bring policy and delivery functions together, to best help the user.

And we've created a strong culture in which people can flourish. We've shown the value of digital – that argument has been won.

Along the way some of our biggest critics have become our cheerleaders. This is something to remember when things get tough – today's big blocker can become tomorrow's outspoken ally.

Our next challenge is to find sustainable ways of scaling up. The service ownership model has been successful for us so far. But it presents its own challenges. We've been able to be incredibly responsive to the cultural needs of individual service owners but this may become more difficult as we scale up.

Our way of operating means mixed line management and mixed budgets. It does not lend itself to neat organograms.

What does scaling up mean for the leadership? What does it mean for our commercial, recruitment and finance teams? These are questions we need to answer over the next few months as we work out how best to grow our approach across DfE. To a degree, the organisation will have to shift, and once again, we'll have to be on the front foot adapting to whatever is thrown at us.