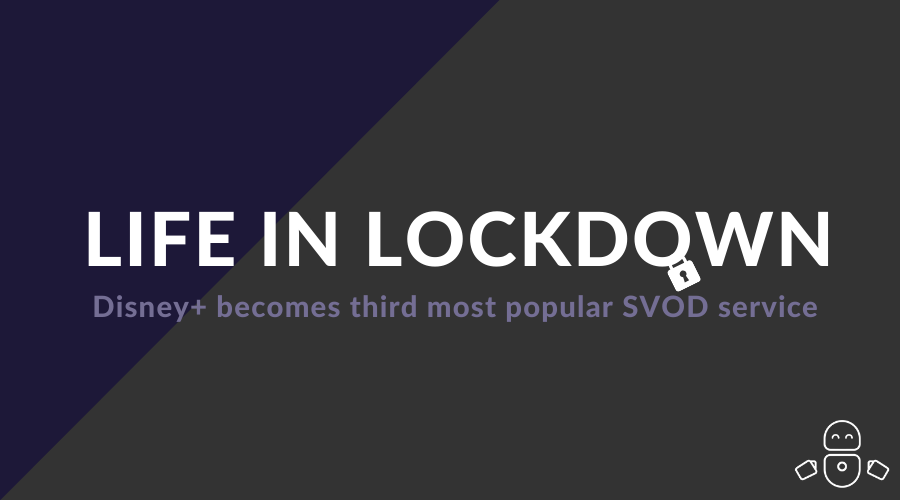 New research conduced by Omnisis in collaboration with Old Salt has revealed how the population are really keeping themselves entertained during lockdown.

Key findings of the survey, which was completed by 1003 adults in the UK, revealed that Disney+ was released at exactly the right time, with 14% of the population having watched it since its launch on 24th March, the day the lockdown officially began. 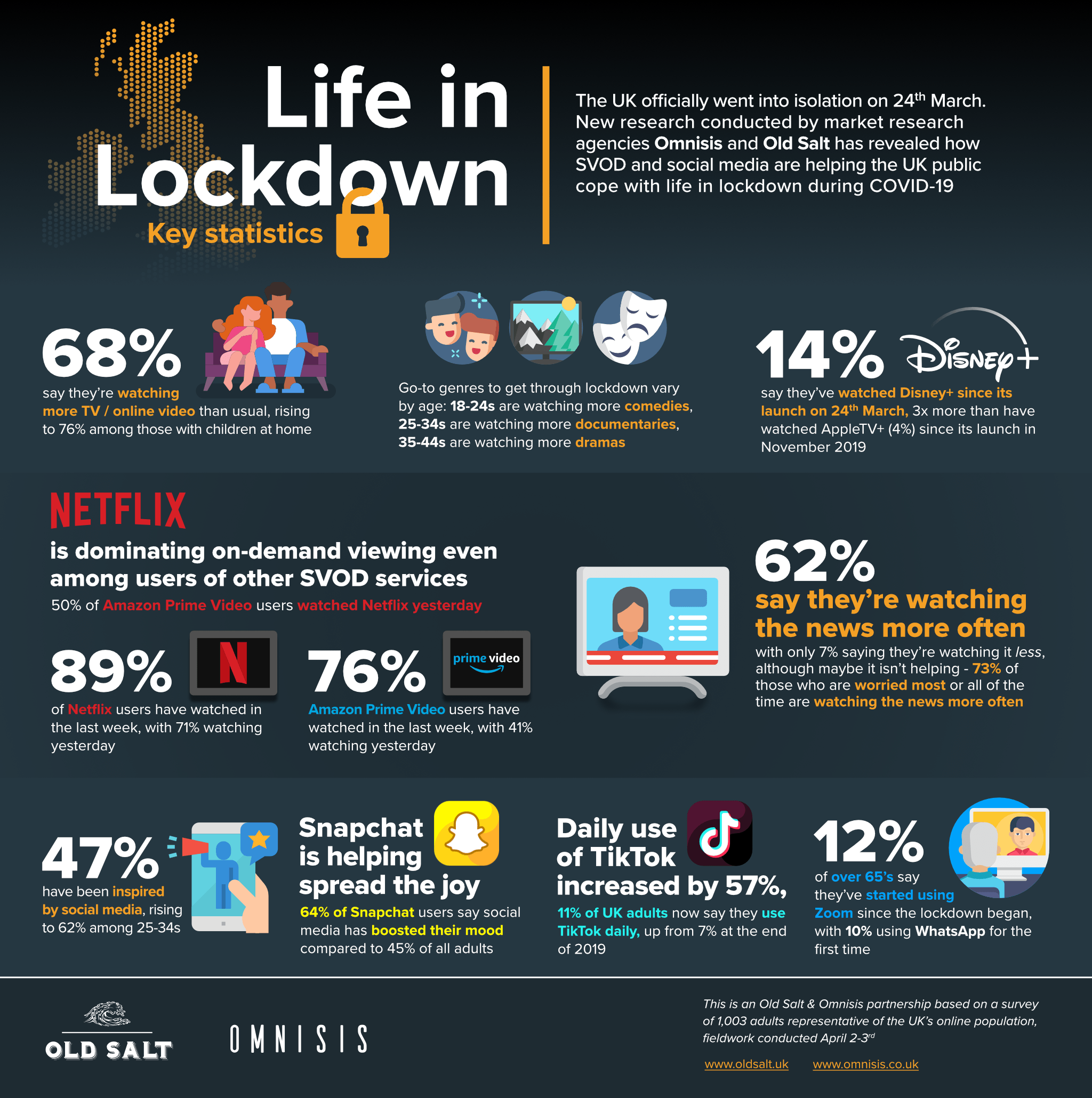 This means that three times as many people have watched Disney+ in a matter of weeks compared to the 4% of the population who have watched Apple TV+ since it launched in the UK at the start of November last year.

Despite the interest in Disney+, Netflix continues to dominate on-demand viewing during the lockdown, even among users of other SVOD services. 89% of Netflix users have watched it in the last week, with 71% watching yesterday.

The survey was created to find out peoples’ behaviour since the beginning of lockdown and how they’re really spending their time online.

68% of respondents said they’re watching more TV and online video than usual, rising to 76% amongst those who have children at home.

62% say they’re watching the news more often, with only 7% saying they’re watching it less, although maybe it isn’t helping the 73% of respondents who are worried most or all of the time about Covid-19.

Respondents are using their time in lockdown to watch more films too - 42% are watching films more often, rising to 51% for those with children at home.

The humble boxset hasn’t been forgotten, with 91% of 18-34s seeking binge-worthy boxsets to pass the time, compared to 51% of those aged 55+.

All findings came from 1003 adults representative of the UK’s online population completed an online survey between April 2nd and April 3rd 2020.

For more information, questions or comments or to use our statistics in your publication or article, please contact Hannah McCreesh, Marketing Manager at Omnisis on hannah@omnisis.co.uk