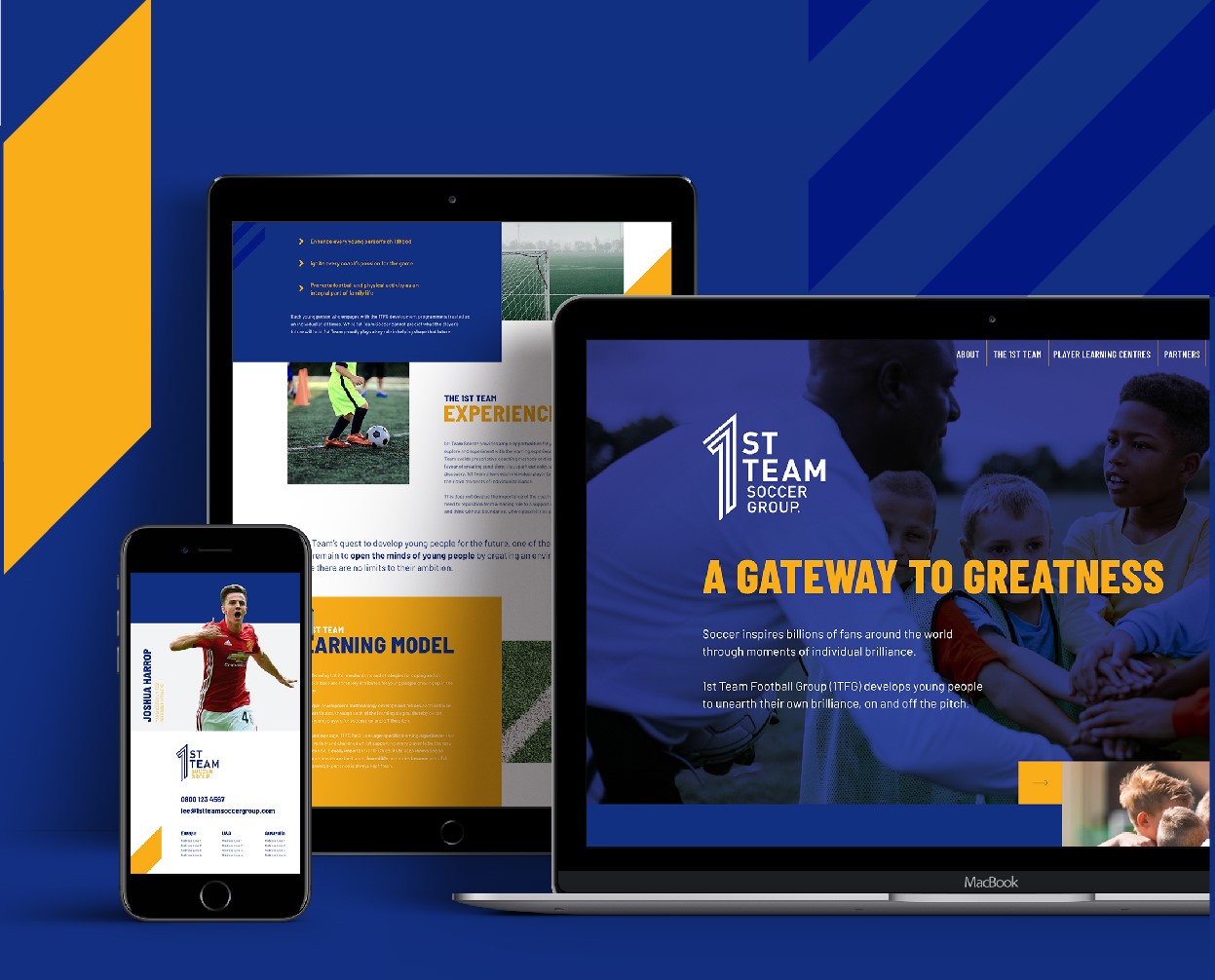 1st Team Football is a new global football coaching enterprise aiming to transform and enhance football coaching around the world through the science of childhood learning. It has been founded by Lee Waddington, who holds a UEFA A License and FA Advanced Youth Award who brings over 30 years’ experience in senior scouting and coaching positions at clubs such as Manchester United and Manchester City.

Numagoo won the account in a three-way pitch back in August 2020. They will remain 1st Team Football’s delivery and operations partner for an initial two-year period, by which point the brand expects to be active in several more countries.

Phil Dunster, MD at Numagoo says: “Lee is a visionary and there’s nothing he doesn’t know about football coaching, but he’s had to put all of his trust in Numagoo to take his concept into a money-making reality. We’ve worked in an exceptionally collaborative way on this project and both Lee and I are really proud of the final brand and how sales are converting.”

Lee Waddington says: “The launch of 1st Team Football has been a huge project. Launching so swiftly in so many new markets is a big challenge, but Numagoo has handled it with ease and expertise. I’ve had to lean on them for a number of operational issues too and they have delivered at every turn.”

1st Team Football is currently live in the USA, and will open shortly in India, China, South Africa, UAE and Australia. Numagoo will handle the development, maintenance, and international search optimisation for the multi-national site as well as manage separate social accounts for each territory. In addition, Numagoo is managing international paid media campaigns, creating video assets, graphics and ad copy on FB, Instagram, Google Ads and the Google Display Network as well as influencer marketing and blogger collaborations in each country location to promote brand awareness and engage potential customers about their nearest locations.

The brief also involved integrating a CRM system and implementing an email marketing process for conversion as well as processes and systems to support the collection of vital information about the children to ensure that everything is compliant.