The secret to career growth: Communicating your interests 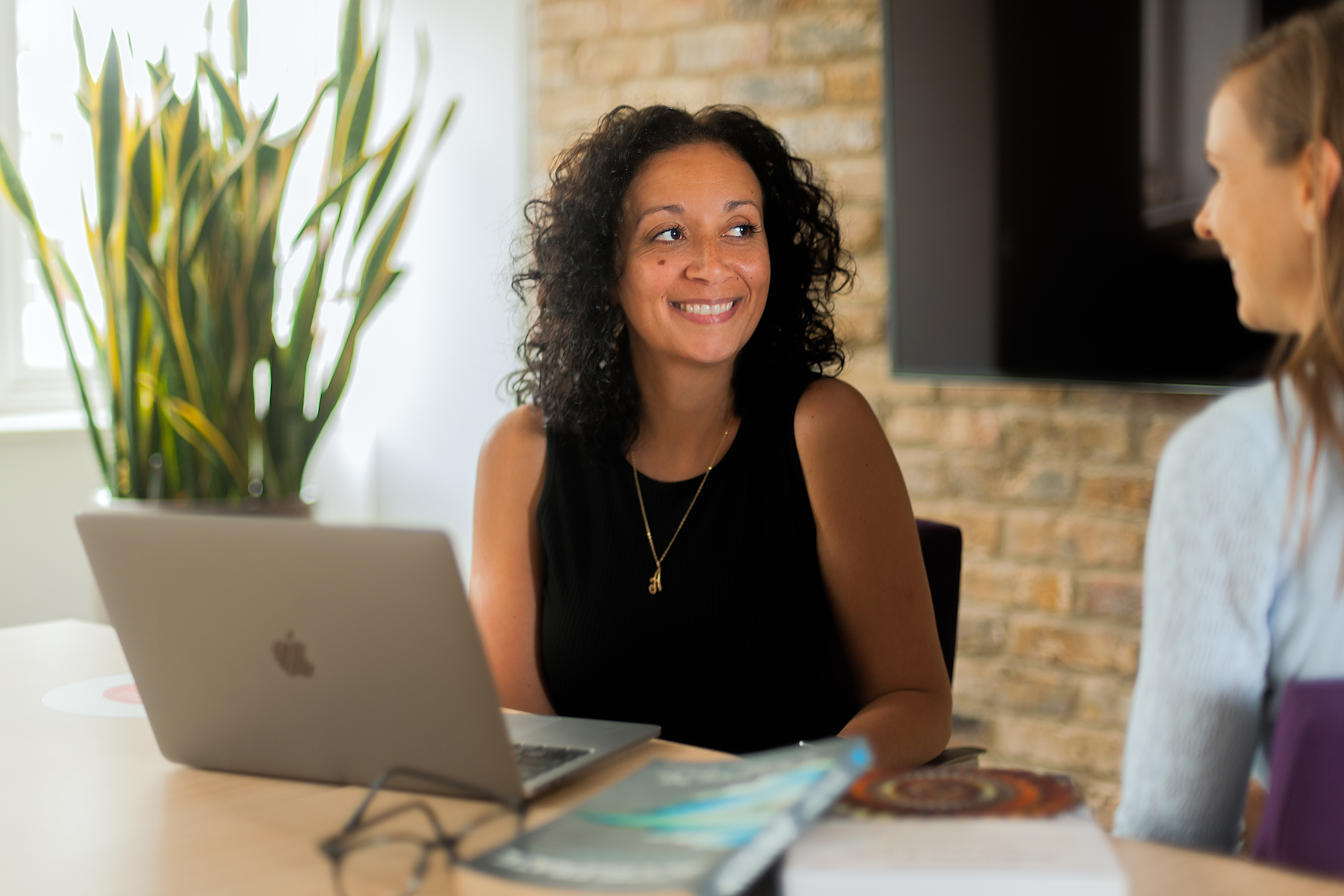 Career development has always been a big priority for Zühlke as a business, and it’s something that’s been a theme throughout Business Solution Manager Andrea’s life as well. Her experience of growing her skill set, changing responsibilities and becoming part of the management team within a year of joining Zühlke is a great example of our culture in action.

What do you do at Zühlke?

I joined Zühlke as a Lead Project Manager, and I’ve been in this kind of role for about 15 years, always in the technology space. Prior to that I was a Data Analyst. But this is my first foray into what I call “proper consulting”. I’ve recently moved into a Business Solution Management role and whilst I’m still involved in client delivery, it’s at a much higher leveI across multiple clients and projects. I now also work closely with our Business Development team on new bids that come in.

What has your career journey been up to now?

I’ve always been interested in technology and IT – I did GCSE IT and A-level Computer Studies. But then when everyone else went to university, I chose to buy a house and get a job instead. So, at 18, all of my friends had gone off to study and I had a mortgage. I wasn’t sure who got the better end of the deal at the time, but now I think I definitely did. I didn’t take the typical journey through my career, and some might say I’ve done things a little out of order. But it worked for me.

How did you end up in the tech field?

After I had my second child, I went to work at a further education college where staff could take free courses. So I did my HNC in Business IT while my children were very young, and when I qualified I made the jump back into technology. From there I started as a Data Analyst and spent a fair few years working my way up the ladder.

I changed course when one of the directors at a previous healthcare company I’d worked for asked me to come back and interview for a Project Management role. It’s not something I’d ever done before, but they supported me and helped me to get the qualifications. And when I left there I stuck with Project Management – and now I’ve worked in pretty much every sector you can imagine. I think it’s turned me into an all-rounder when it comes to this job.

I was a bit of a  geek, even as a child. I can remember my dad buying me my first proper computer when I was 11. It was an Amstrad CPC464 and it came with a load of games and I found myself going to the back of the manual and typing in commands that made the green screen turn different colours. I didn’t know what coding was, or that there was a job in it. I’ve just always had an interest in making a machine that is made to do one thing, do something else. So when I ended up working at a college where I could do the course for free, I thought “I’d be stupid not to do this.” And when I realised I could actually get a job out of it and be paid for it, it was a no brainer.

What drew you to Zühlke?

What really stuck out for me when I was interviewing was the investment they put back into their own people. And now I’m here I see that they actively encourage you to evolve and grow and get involved with things that interest you – even at a personal level.

How has this shown up in your career with the business?

It started on my first day. They realised that I had a passion and a skill in a certain area and put me straight on a project that was right in my wheelhouse. When you start at a new place, you want to give value back from day one, and I felt I could do it in that role, and grow while I did it. I’m working with Data Scientists, Architects and Engineers a lot and I’m constantly learning something from them. And that’s just my day-to-day. How good is that?

When I expressed an interest in a more strategic and commercial role a couple of months back, Zühlke supported me in working out and implementing a plan on how I could transition from being a Project Maager in the detail of everything to becoming a Business Solution Manager. I’m really interested in psychology and how the brain works, and that’s being actively encouraged. I’m in the middle of an NLP and coaching qualification now to deepen my knowledge in the field. It was just a case of me knowing I could use it in my role and communicating this to the business, and I was given the go-ahead. So now I get the space to apply the things I’m learning as I go along, and share my knowledge with other people.

What is it like being a woman in this industry?

IT is a field that’s very male dominated. Even at school when I took IT there were probably three girls and 20 boys. But I come from a family that’s very male dominated. So for me, personally, I’ve never felt like a fish out of water. If there’s ten men to one woman in a team, it just means I’m a bit of a unicorn. There are lots of things that make me good at my job, so this is just one part of who I am. Having said that, there are more women coming into tech every day and that’s great too. People should do what they want to do and gender should be irrelevant.

What drives you in your work?

I’m delivery focused. For me, the motivation is keeping my eye on the end goal. What’s the value we’re adding? The thing we’re building, whether it ends up in customers’ hands or it makes a process more efficient. What is that vision? If I feel like I’m adding value and taking steps towards that thing at the end, that’s what keeps me going. Even when it’s tough and I could throw my laptop out the window.

Another big part of it is the people. I have to protect the team – it’s my job to make sure they can do what they need to do to get their stuff done. But it’s also the down time we have together. Picking up the phone and just having a chat. Having those people around you. Knowing we’re going on a journey together and it’s not just me.

Inspired to become part of the team? Browse our open jobs. 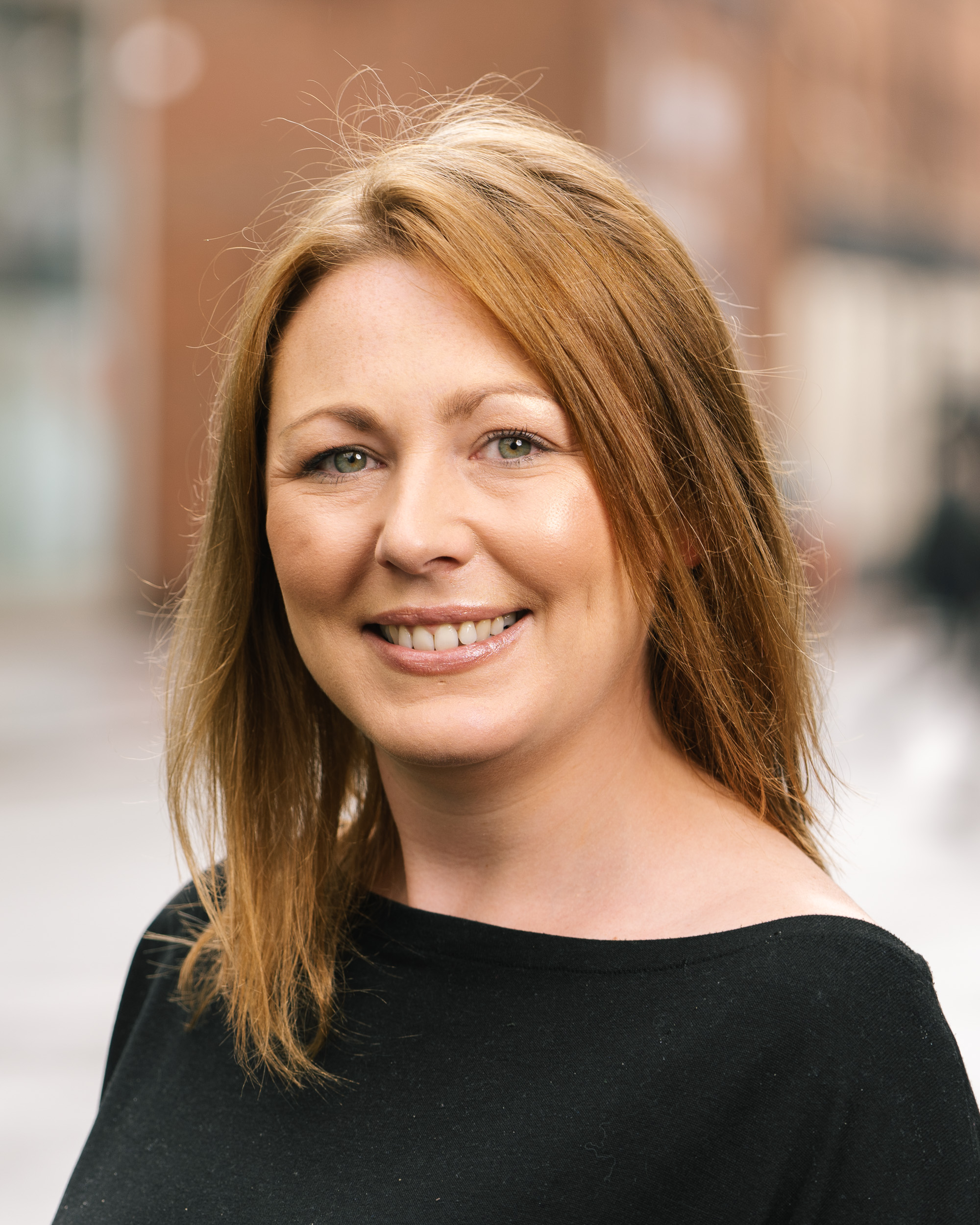