The Positive Side of Social Media 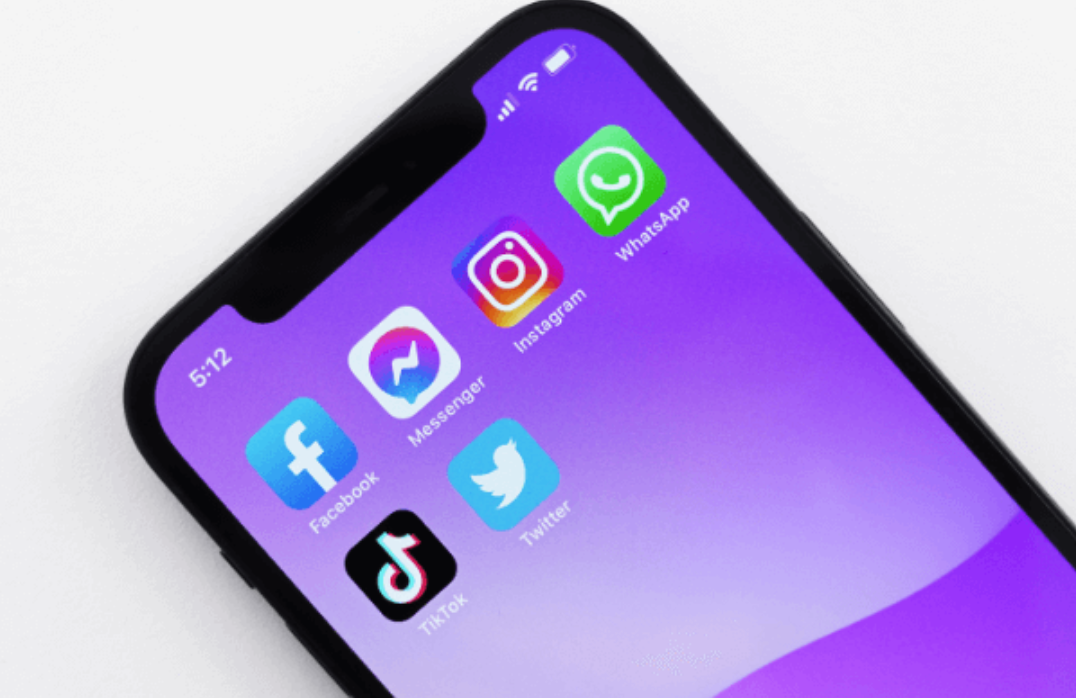 It can be easy for misinformation to spread or for us to discover distressing news; after all, “doomscrolling” did become the word of the year in 2020 for a reason. However, it’s not always all doom and gloom! In the spirit of spreading some New Year joy, we're focusing on some of the positives of social media and how it can be used for good.

Social media gives its users the power to build communities around a cause and encourage supporters to take action. This is done by sharing images, stories, and videos to raise awareness and facilitate discussion. News spreads quickly online and it can take just minutes for a post to go viral.

The power of social media for raising awareness was seen during the Black Lives Matter protests and riots in 2020. Social media became a powerful tool in this instance: the video footage of George Floyd’s murder spread quickly and caused mass outrage, with subsequent protests being organised via Twitter, Facebook, and Instagram. Similarly, the positive effects of social media were seen in the aftermath of the protests. People organised and shared fundraisers to support the families of victims of police violence. Plus, freedom funds were shared to help bail peaceful protestors out of jail.

This just goes to show how social media can help form a sense of community. It can make a genuine impact, even in horrific circumstances. Of course, it’s important to remember that not everything we see on social media is true. As long as we always fact check from a reputable source though, there’s no reason social media can’t be a valuable educational resource.

Social media has also in recent years become a platform for promoting mental health awareness. We all know that the impact of social media can sometimes be negative; studies have shown that teenagers who spend more than three hours a day on social media are twice as likely to experience mental health problems, for example. However, it is great to see so many platforms finally acknowledging this and actively trying to do something about it.

Meta in particular has done a lot in the past few months to help raise awareness of mental health issues across their social media platforms, particularly in light of the COVID-19 pandemic. In May 2021, the company announced they would be “partnering with leading mental health experts around the world to offer support and provide new resources,” as well as “encouraging people to check in with each other throughout [Mental Health Awareness Month], and beyond.” As part of this pledge, Meta encouraged Facebook users to use the hashtag #MentalHealthMinute in order to discover ways they can make time for themselves and prioritise their own mental health. They also set up an Emotional Health page that provides information about offering support to friends who are struggling.

This demonstrates how social media can help to open up conversations surrounding mental health. It allows people to educate themselves on something they might not understand. This is undoubtedly a positive of social media in today’s digital world, in which what we read online has the power to dictate our thoughts and feelings.

Over recent years, we’ve witnessed the rise of the body positivity movement on social media. Our feeds used to be full of heavily edited photos that created unrealistic body standards, especially for women. But now, we’ve seen a surge in influencers and celebrities who are inspiring the next generation of young people to love their bodies exactly as they are.

One notable example is popstar Lizzo, who has a whopping total of 11.8M followers on Instagram as of December 2021. Since the beginning of her career, Lizzo has been an advocate for body positivity. From her empowering songs to her powerful social media presence, Lizzo is always unashamedly proud of her body and encourages her followers and fans to love their own curves. 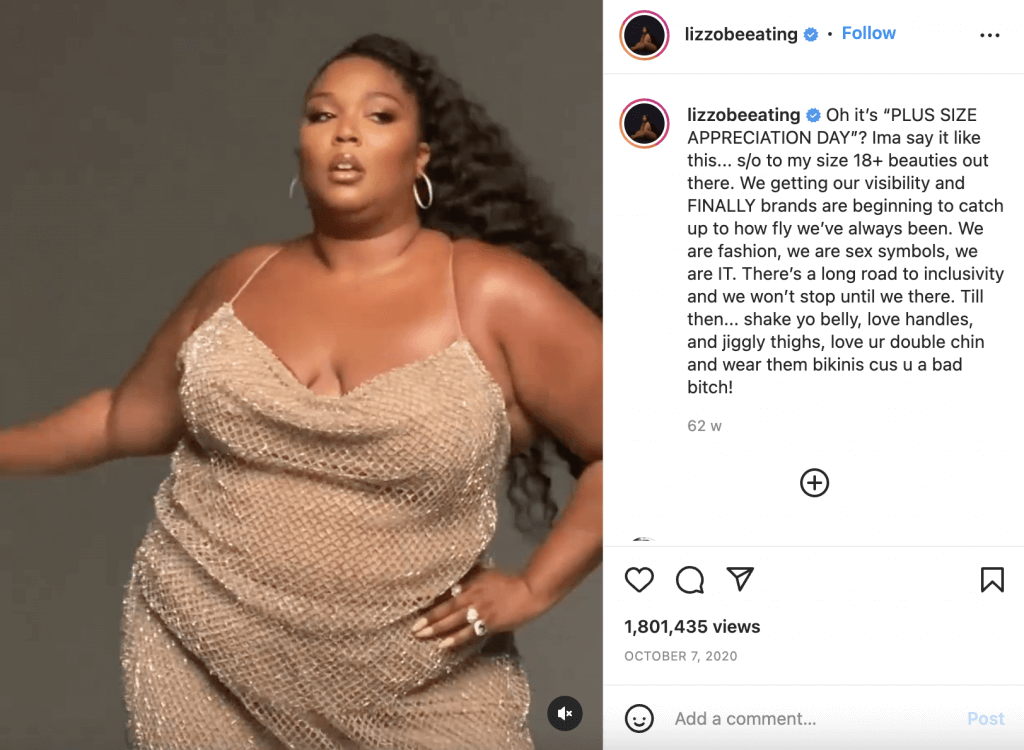 But it’s not just the big stars and influencers who have the power to make a positive change when it comes to how we feel about our bodies. Pheebs (@fatpheebs) on Instagram, for example, is a non-binary body-positive activist with 11K followers. They are very open about their body image issues and how they have overcome them. 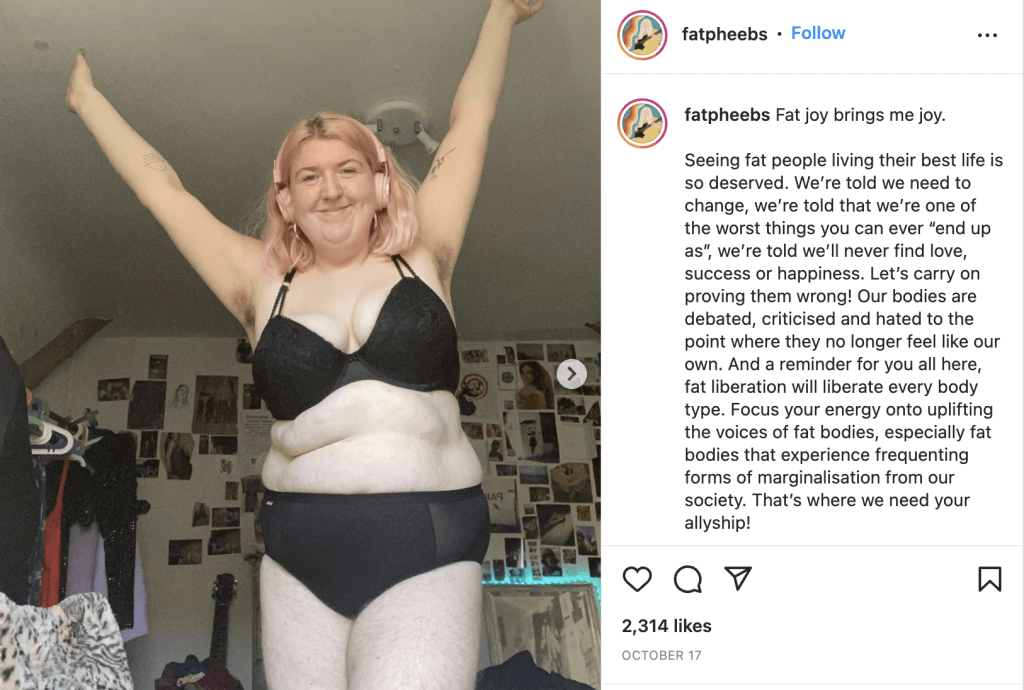 We LOVE that people like Pheebs are willing to share their own vulnerabilities so openly in order to help others feel empowered. It’s their confidence that makes social media so wonderful and increasingly accepting of all shapes and sizes!

On a less serious note, there truly would be no joy on social media if not for the memes. The constant influx of memes on Twitter, Instagram, and Facebook always cheer us up no matter how down we’re feeling. Plus, they’re a great way to start conversations and have a laugh with friends and family!

Another positive side of social media? It’s the best way to advertise your business and make sure you reach your target audience. Get in touch to find out more about our paid social services, as well as what we can offer your brand in terms of PPC, email marketing, and more.