The importance of energy storage 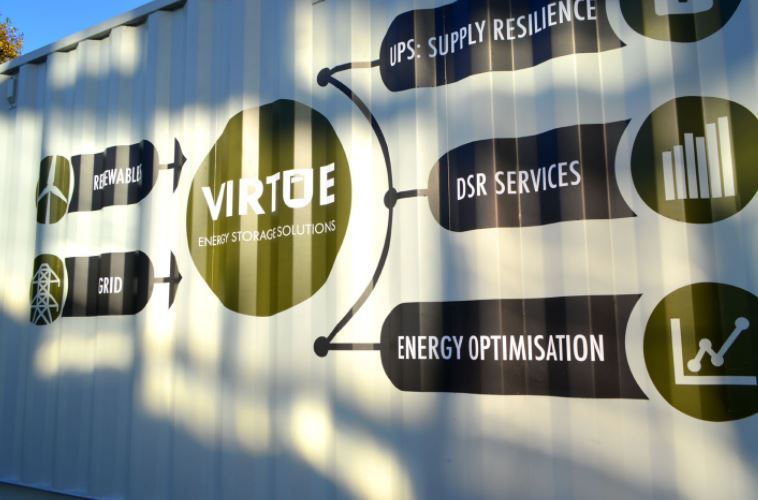 As a data centre, it’s vital that we prioritise energy efficiencies. We use a lot of power, and that’s always going to be the case, but if we continue to work on improving the way we use energy, we can reduce our carbon footprint.

With support from GC Business Growth Hub, we have invested over £1.5 million into energy efficiency projects, creating annual savings of more than £80,000 and more than 240 tonnes CO2e. We’ve reduced our annual electricity consumption by 6.8%.

In August this year we announced a 28% growth in recurring contract revenues during the first half of 2020, and of this, the largest single contract that we signed was attracted by the news of our commitment to energy efficiency, due to the client’s own focus on sustainability and carbon reduction. Not a bad result, even if we do say so ourselves. Investing into energy saving projects reaps dividends on so many levels. A happier planet, a reduced energy bill, and happier customers. Everybody’s doing their bit.

Last year, we installed a smart energy battery storage system at our facility in Manchester. The 2MW capable solution enables us to store electricity from the national grid at times of low demand and discharge it during the most beneficial periods, acting as a reserve during peak tariff times. We were the first colocation hosting provider to use power from an onsite 2MW battery storage system, but this solution isn’t just of benefit when the grid is struggling with demand. During the Covid19 pandemic, there has been huge energy oversupply, and there isn’t enough energy storage out there to store the excess. This has resulted in a lot of energy wastage. We are one of very few energy storage capable buildings in the North West, and the only data centre with an energy storage plant in the UK.

The grid can’t cope with over supply in the same way as under supply. It wasn’t designed that way. The oversupply during Covid19 actually put the country at risk of blackouts as you can't just turn nuclear generation up or down. In April, The Guardian reported that the National Grid had warned that record low demand for electricity during lockdown could lead to windfarms and power plants being turned off, in order to avoid overloading the electricity grid. Households were using more electricity than usual, but overall demand for power was far lower due to the closures of schools and businesses. The combination of high levels of power generation and low demand can raise the risk of overloading local energy grids and also reduces the energy system’s resilience to sudden changes in frequency – a measure of energy intensity – which can lead to temporary blackouts. Energy storage plants such as ours, are a way to combat this issue.

We are continuing to work with the Growth Hub and are now looking at potential carbon savings through intelligent systems with machine learning, AI and automated control. Temperature sensors placed in strategic locations will ensure that all units are working at the required temperature and load levels, while intelligent Building Management Systems (BMS) will monitor all air conditioning components to ensure maximum efficiency and issue an early warning to non-optimal situations. This new system will even plot the weather forecast and predict both the effects and optimum mitigation strategy of the air conditioning units based on this data. Impressive hey?!

We also plan to implement intelligent BMS systems in other areas of the building, integrating with UPS systems (Uninterruptible Power Supply), office areas, access control and security systems - and through machine learning, this technology will evolve to control various aspects of the building’s systems based on factors such as the average number of people in various areas of the building at any given time and date – minimising energy wastage and carbon emissions. As our capacity grows, so does the amount of data we are collating about the way our infrastructure runs and it’s vital that as a responsible data centre provider we use this data for good, to maximise our energy efficiencies, reducing not only costs but more importantly, our carbon footprint.